Singer Songwriter
ABOUT HER 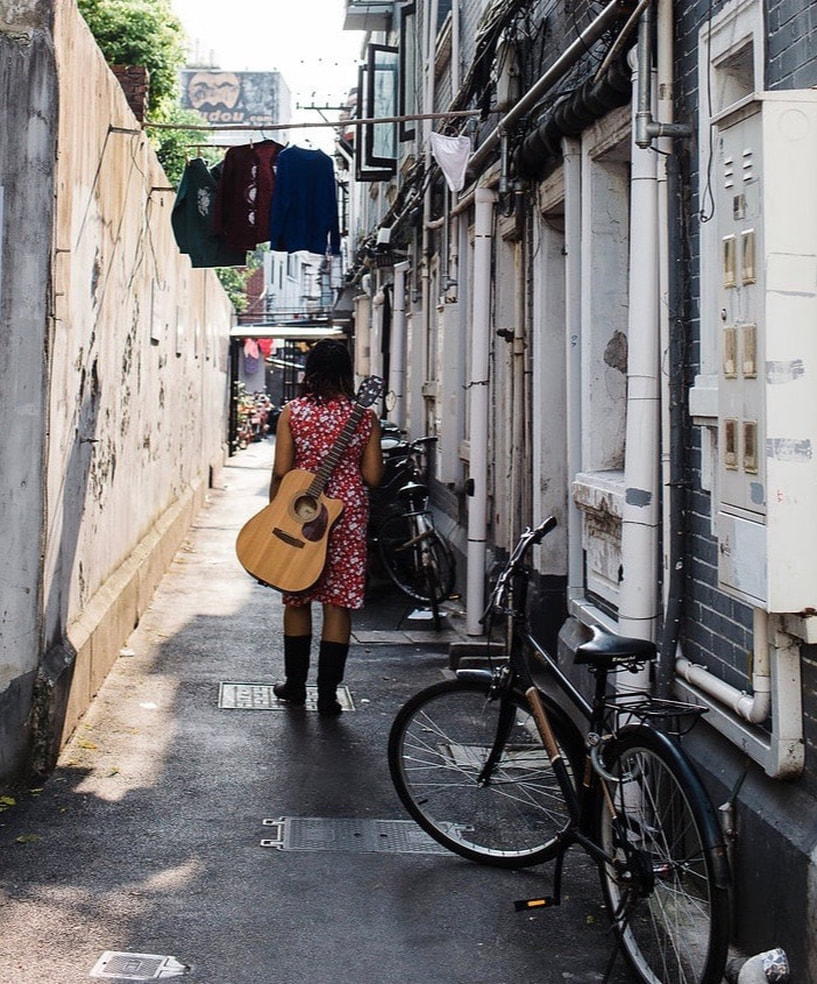 "Inspiration - "I grew up in a creative household and a surrounding village of craftsmen, writers, potters, painters, farmers and army folk. It was a real community, set deep in the heart of Somerset, UK! Songwriting was a natural and passionate part of my life, recording and scribbling down lyrics, singing in tape recorders and playing out as much as I could, in nearby towns. I have also an active interest in alternative art forms, intuitive and alternative processes such as meditation and guided writing which have inspired and fuelled my deep passion for songwriting, recording and performing. Having spent the past decade in Asia, I zipped all over from Asia to Europe. It's been a lot of fun to record, compose, do guest spots and short tours. I have done this independently of a record label, it has been amazing!"

"In London, Graeme Holdaway became my producer for several albums and this naturally unfolded throughout the years. He had a way of letting me unleash in the studio, I totally forgot about the microphones and cables twirling round me, and became immersed in the song.  Railtrack album is our latest collaboration together and its available on Amazon, iTunes, Spotify, Deezer and most streaming platforms around the globe"
Discography:  All albums released independently of a record label. All albums can be streamed and downloaded on most major platforms. iTunes, Amazon, Spotify.